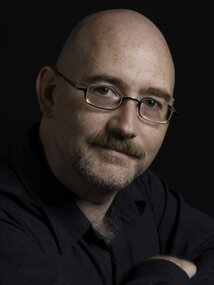 ​T.D. Raufson was born in Chattanooga, Tennessee, and between trips to other realms from his home in the Tennessee Valley he shares the fantastic and magical stories he has collected on his travels. Raufson weaves magic into the modern world and brings it to life through its interaction with the characters in his young adult and midgrade novels. In these novels and stories to come, he finds interesting ways to incorporate magic into interesting settings that are not traditional fantasy. Raufson now lives among the hills of the Tennessee Valley with his wife and a plethora of domesticated and wild animals whom they have given their very own voices and personalities that may someday show up among characters yet to be written. Join him in a magical journey today. ​ 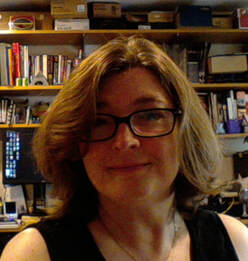 K.T. Hunter is a lifelong fan of reading just about anything she can get her hands on, from science fiction (her first love) to science fact, from alternate history to art history and true crime. She credits her parents' encouragement of her creativity and their own love of Star Trek as the spark that lit her literary fires. She received her B.S. in Computer Science from UT-Chattanooga in 1993 and worked as a computer instructor and software developer in the insurance industry for the better part of two decades. Her first novel, 20 Million Leagues Over the Sea, the first novel in the steampunk adventure series The Nemo Paradox, was published independently in 2015. A new edition by Line by Lion Publishing is coming soon. She grew up in the hills of East Tennessee, and now she and her husband, T. D. Raufson, reside in Chattanooga.
​

In 1965, an object fell from space, somewhere near Kecksburg, PA. This was the same year that
Alan was born. To date, no connection has been made between the two events but that hasn’t
stopped the conspiracy theorists and his children from speculating. D. Alan Lewis is an ‘alleged’ native of Chattanooga, Tennessee who now resides in Nashville with his children and a fish bent on world domination.

His latest project is the paranormal-noir Voodoo Rumors book series that debuted in February,
2018. The series deals with all the unholy creatures of the night, including vampires, werewolves, demons, and ex-wives.
Alan’s debut novel, a fantasy murder mystery, The Blood in Snowflake Garden was a finalist for the 2010 Claymore Award and has been optioned for a TV series. He has several other books in print, Keely-A Steampunk Story, The Lightning Bolts of Zeus and The Bishop of Port Victoria.
He is the editor of four anthologies for Luna’s Children 1 & 2 and Capes & Clockwork 1 &; 2. He also has over two dozen short stories in a number of anthologies. His novella, Keely and steampunk short story, The Celeste Affair, were both winners in their
categories in the 2015 Preditors & Editors Readers Favorites Poll.